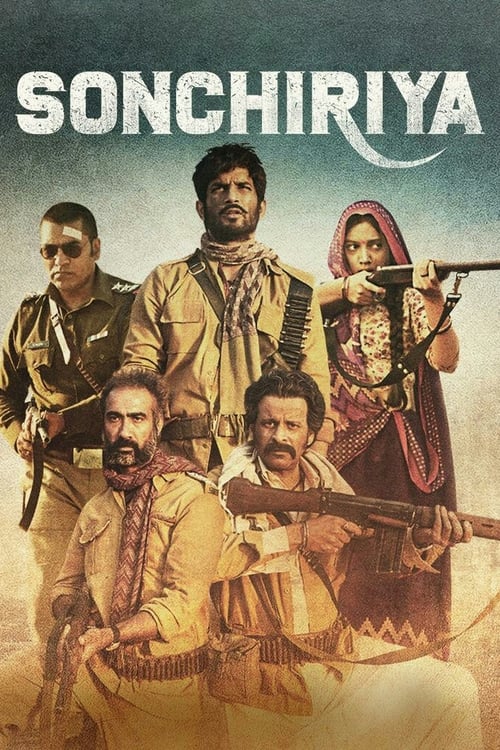 IMDB Ratings: 7.9/10
Directed: Abhishek Chaubey
Release date : March 1, 2019 (India)
Genres: Action, Comedy, Crime, Drama
Languages: Hindi
Film Stars: Sushant Singh Rajput, Bhumi Pednekar, Ashutosh Rana
Movie Quality: 720p HDRip
File Size: 1200MB
Storyline
This is the story of a group of rebels in Chambal. The year is 1975. The Prime Minister, Indira Gandhi, has declared Emergency in the country. Man Singh (Manoj Bajpayee) meanwhile leads a gang in Chambal, a region that more or less is lawless. Vakil Singh (Ranvir Shorey) and Lakhna (Sushant Singh Rajput) are important members of this gang. Man Singh is in need of money to procure new arms. Based on a tip from Lacchu (Jaspal Sharma), he and his men descend to Brahmpuri village. A marriage is taking place in this hamlet where the groom is about to get a huge amount of gold and cash. Man Singh and his gang reaches the marriage venue in order to loot this wealth. However, the cops, led by Virender Gujjar (Ashutosh Rana) ambush the gang. In the tough fight, Man Singh and half of the gang get killed. Vakil, Lakhna and others escape. Vakil, now the leader of the gang, accuses Lakhna of betraying them and calling the cops. Lakhna is fed up of being a rebel and wants to surrender. Meanwhile, as they are running from the cops, they bump into Indumati Tomar (Bhumi Pednekar). She’s accompanied by her sister Sonchiriya (Khushiya) who has been brutally raped. Sonchiriya needs to be taken to the hospital urgently and she asks for Vakil’s help. The gang agrees. They halt to seek blessings of their goddess at a temple where Indu’s husband and other family members arrive. She is accused of killing her father-in-law and they ask the gang to hand over Indu and Sonchiriya. Vakil agrees but Lakhna realizes it’s not just and hence revolts. What happens next forms the rest of the film.